Airbags- from both inopportune deployment and failure to deploy. Around 25 million cars on the road today may have defective airbags. While some manufacturers have mobilized to recall their vehicles, many have not. As a result, many people have been injured- and some, even killed- due to these malfunctional airbags. If you or a loved one have been harmed by a vehicle with a defective airbag, we advise you to please seek competent, trustworthy representation.

While Benzene is a chemical widely used across many industries and products, many people are unaware of the danger of this substance whether through inhalation or skin absorption, exposure to Benzene can cause life threatening diseases including Acute Myeloid Leukemia, Myelodysplastic Syndrome, lymphomas and aplastic anemia- which can take several years to manifest themselves. If you- or a loved one- have been harmed by the chemical Benzene, we advise you to seek competent, trustworthy representation as swiftly as possible.

Boeing and other aircraft defects:

In lieu of the immense public outrage at Boeing’s multiple plane crashes over the past two years, attorneys have been extensively investigating and filing suits on these matters. If you or your loved ones have been impacted by one of these tragic incidents, we advise you to seek trustworthy, competent representation.

Earplugs manufactured by the 3M Company and issued to thousands of military personnel serving in combat in Iraq and Afghanistan and used in training in the United States have been determined to be defective. Many soldiers and veterans are reporting permanent hearing loss and tinnitus due to these faulty earplugs. If you have suffered due to these earplugs, we advise you to seek trustworthy, competent representation.

While High Viscosity Bone Cement is often considered more convenient to use as an applicant during knee replacement surgery, research has shown that the bonds it produces are relatively weak; as a result, a plethora of onerous complications have been linked to it, including loosening and debonding-chronic pain and instability which require revision surgeries. If you have suffered complications due to knee surgeries performed with HVC Bone Cement, we advise you to seek trustworthy, competent representation.

VC filters are wire devices implanted in the vena cava, the body’s largest vein used to stop blood clots from reaching the heart and lungs. While permanent IVC filters have been standard practice since the 1960s, retrievable IVC filters were introduced for highly specialized procedures, such as bariatric surgery, trauma surgery and orthopedic surgery. However, risks associated with the retrievable filters include migration of the filter, fracture and perforation- which can lead to embolism, organ damage and wrongful death. If you- or a loved one- have been harmed by a retrievable IVC filter, we advise you to seek competent, trustworthy representation.

Although JUUL e-cigarettes came to national prominence in 2015 as a healthier alternative to gradually ween off addicted tobacco users, they instead largely captured over 75% of the five-billion-dollar e-cigarette industry through hooking young adults. The health ramifications of JUUL’s rise reveal it to be far from an improvement on tobacco: not only do JUULs contain relatively high concentrations of the addictive chemical nicotine, these e-cigarettes contain over 40 chemicals in their brew, many of which are also known carcinogens. In lieu of this grim reality, if you have been injured through use of a JUUL product, we advise you to seek competent legal representation.

incidences of Mesothelioma, an aggressive and uncommon form of cancer that can affect the lining of the lungs, heart, or the abdominal cavity, are extensively linked to asbestos being used in industrial products and construction. The breakdown of asbestos releases microscopic fibres that can be inhaled or ingested, posing health risks- which include the development of mesothelioma, among other diseases. If you have suffered the development of mesothelioma or other diseases through asbestos exposure, we advise you to seek trustworthy, competent representation.

Due to mounting patient complaints, the FDA has ordered a review on all metal—on-metal hip implants causing many complications, such as loosening, metallosis, fracturing and/ or corrosion and fretting of these devices, which require revision surgery. Even after revision surgery, many patients additionally suffer post-revision complications. The metal-on-metal hip implants in question include the DePuy Orthopaedics ASR XL Acetabular System, the DePuy SR Hip Resurfacing System (recalled in 2010), the Stryker Rejuvenate and ABG II modular neck stems (recalled in July 2012), the Stryker LFIT Anatomic v40 Femoral Head (recalled August 29, 2016), the Zimmer Durom Cup and the Biomet M2A ”38mm” and M2A-Magnum hip replacement systems. If you have suffered due to these implants, we advise you to seek competent, trustworthy representation.

When most people go to the doctor, they are hoping to receive healing for their ailments; however, with the over-prescription of highly addictive opioids, many people have ended up far worse. Dozens of opiate manufacturers and vendors have been named in class actions- standing accused of overstating the benefits while downplaying the risks of these substances. If you have been harmed due to opioids, we advise you to seek competent legal representation.

U.S Environmental Protection Agency issued new lifetime health exposure guidelines for perfluorooctane sulfonate (PFOS) and perfluorooactanoic acid (PFOA) in the water supply in May, 2016. In particular, the EPA focused on the incidences of these chemical compounds in the manufacture of non-stick, stain-resistant and water-proofing coatings on fabric, cookware, firefighting foam and many other consumer products. If you- or a loved one- have suffered injuries due to PFC contamination in the water system, we advise you to seek competent, trustworthy representation as soon as possible.

Although Physiomesh was designed to repair hernias, through myriad independent studies it has been revealed to lead to high rates of complications, i.e., hernia reoccurrence, organ perforation, mesh migration, sepsis and even death. As a result, Ethicon, the manufacturer, issued a market withdrawal of Physiomesh in the U.S. and recalled the product in Europe and Australia. If you have suffered injuries due to Physiomesh, we advise you to seek trustworthy, competent representation.

While Proton Pump Inhibitors were introduced in the late 1980s to treat acid-related disorders of the upper gastrointestinal tract, such as ulcers and reflux disorders, instead of healing these maladies, these substances have produced injuries of the kidney of many of their users. If you have suffered injuries due to a Proton Pump Inhibitor, we advise you to seek competent, trustworthy representation.

Monsanto’s Round-Up is the most used herbicide- and second most used weed killer- in the world; however, its primary acting chemical, glyphosate has been strongly linked as a cancer causing agent, in particular, as a catalyst for the development of Non-Hodgkin Lymphoma in humans. There have been many cases of people who have developed cancer from the weed killer who have successfully sued Monsanto. Therefore if you are suffering from cancer due to the use of Round-Up, we advise you to seek competent legal representation.

While marketed as a product to maintain cleanliness for people- especially women- of all ages, Talcum powder is a hazardous substance that has been extensively linked to ovarian cancer. While Johnson and Johnson has marketed the substance to particularly African American and Hispanic women as recently as 2006, the company itself knew of longstanding research going back to the 1960s that definitively linked Talcum Powder to ovarian cancer. If you are suffering from cancer due to the use of Talcum Powder, we advise you to seek competent legal representation.

Zantac is a recalled drug designed to typically treat heartburn through reducing stomach acids. However, amid many incidences of reported bladder, stomach and other types of cancers occurring in Zantac users, a cancer-causing chemical called N-nitrosodimethylamine was found in many batches of the drug, leading retailers to quit selling and for manufactures to recall it. Defendants now face individual and class action lawsuits. If you have suffered through use of Zantac, we advise you to seek competent legal representation.

While Zofran, a serotonin blocker, is a common drug to treat nausea following chemotherapy and surgery, around 2002-2004, its manufacturer began marketing the drug off-brand as a treatment for morning sickness during pregnancy, without any studies on its potential effects on pregnant women. In turn, the FDA found reports of nearly 500 birth defects, such as cleft palate and septal heart defects, linked to the drug. If you- or a loved one- have been harmed by the prescription of Zofran during pregnancy, we advise you to seek competent, trustworthy representation. 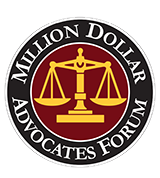 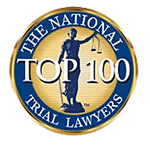 Loren L. Gold’s office was very professional and thorough in helping me with information. I was not even an official client yet Mr. Gold took the extra time to give me advice and help direct me with my concerns. I believe Mr. Loren Gold really cares about people that call in even if he has…